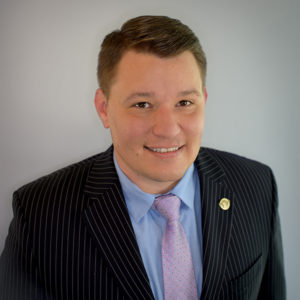 Jon leads the American City County Exchange (ACCE), an ALEC program dedicated to accountability, transparency, efficiency and effectiveness in local government. ACCE is rooted in free market and limited government solutions for cities and counties across the country. As a town councilman, Jon has dedicated his career to public service as an advocate for taxpayers.

Jon came to ALEC as a political consultant and public servant of over seven years. Jon has devoted his career to training and electing candidates to federal, state and local office. His specialty is working with coalition organizations to develop strategies to reach voters on issues they care about most.

Jon’s involvement in public policy has taken him to the Philippines with the American Council of Young Political Leaders, where he met with elected officials to discuss issues such as economic development, counter-terrorism and energy development.

With degrees in Criminal Justice and Homeland Security, his passion is working with first responders to create public policy that meshes emerging technologies with protecting civil rights & privacy.

His spare time is devoted to his family, tending to his urban farm and immersion in music. Whether its song writing, drums or vocals, he enjoys connecting with people through music. Most notably, blues, jazz and bluegrass.

Will Flint officials adopt a competitive bidding process to fix their pipes?